Earth, Wind and Fire in Concert 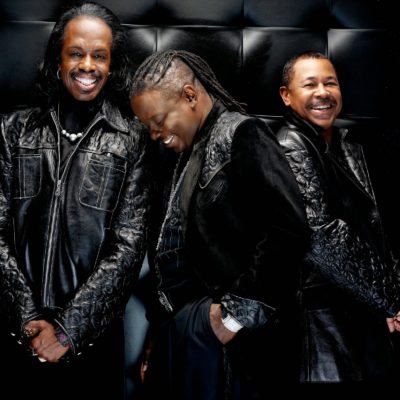 Earth, Wind, and Fire are ready to light up the Las Vegas stage!

EARTH, WIND AND FIRE DESCRIPTION
Combining the vocal style of doo-wop with a harder-edged funk beat, Earth, Wind &amp; Fire burst onto the scene in 1970. Founded by Maurice and Verdine White, the band saw only modest success until its third album, “Last Days and Time,” the first to feature lead singer Phillip Bailey in the line-up.

The album also marked the band’s association with Columbia Records, a partnership that proved profitable for the years to come.

Not afraid to take chances, Earth, Wind &amp; Fire took obscure resources, such as African kalimba music, and turned them into hits (such as “The Kalimba Story”). The band found an R&B niche early on, but it wasn’t until the song “Shining Star” appeared on the soundtrack to “That’s the Way of the World” that the band saw mainstream success.

The band’s staggering, falsetto harmonies make it distinctive. A stand out with the academy as well as the fans, Earth, Wind &amp; Fire was inducted into the Rock and Roll Hall of Fame in 2000.

The band signed an exclusive record deal with Sanctuary Urban Records Group in 2004. Although Maurice White no longer tours with the group due to his battle with Parkinson’s disease, he still is a regular contributor in the studio and helped produce 2005’s “Illumination,” which was nominated for a Grammy that year.