An event every week that begins at 7:30 pm on Sunday, Monday, Thursday, Friday and Saturday, repeating until June 26, 2023 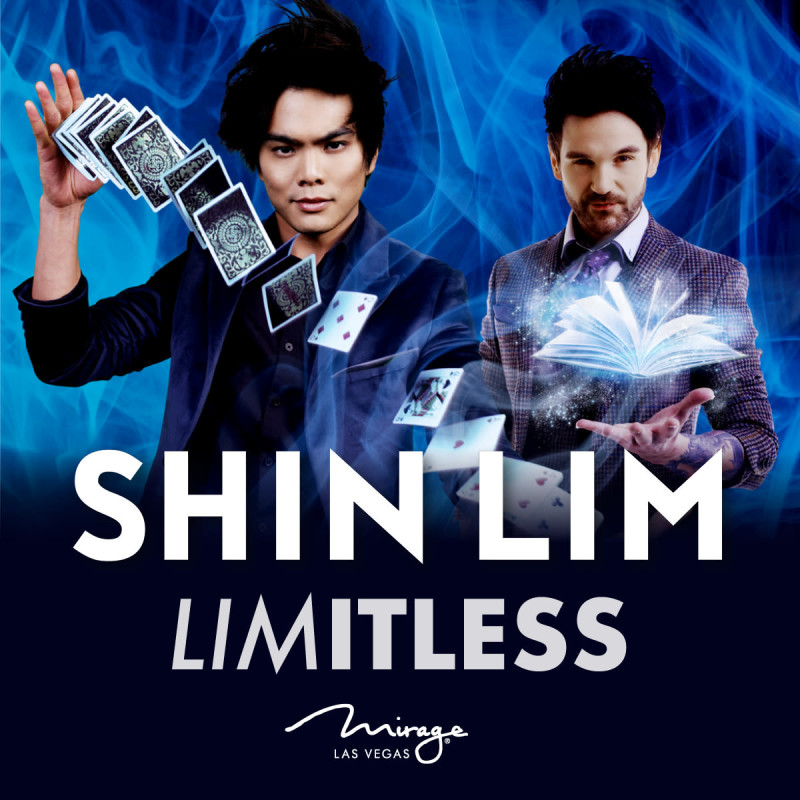 About the Shin Lim Magic Show in Las Vegas:

LIMITLESS is the most recent and thrilling magic show in Las Vegas!
Featuring Shin Lim, the sole individual ever to win America’s Got Talent TWICE, you will be enchanted by his astonishing sleight of hand and ability to influence objects like a modern-day sorcerer. Alongside Shin is a notable guest, America’s Got Talent finalist Colin Cloud – Also known as The Real Life Sherlock Holmes, who ensures to continually blow your marbles with his extraordinary stunts of mind reading. The magic show is perfect for the whole family; you will all encounter the magic in your seat.

Magician Shin Lim is a Canadian-American performer of seemingly impossible feats of card manipulation and sleight of hand. He is known for elaborate close-up card magic routines, during which he remains silent with the tricks set to music. Do you know what Shin Lim learned to become a world-class magician watching YouTube? Shin Lim’s meticulously self-choreographed routines are world-renowned. His skill and precision make him a bonafide practician of the magical arts. Some of Shin Lim’s back-to-home accomplishments are that he fooled Penn & Teller on their show ‘Fool Us;” He also used his card manipulation skills and undeniable charisma to win the 13th season of “America’s Got Talent.” Lim’s success didn’t stop there, however, because he then appeared on “America’s Got Talent: The Champions” and won it! An absolute marvel with a deck of cards, Shin Lim is truly at the vanguard of his shooting-star-studded career and in a league of its own among the World’snew generation of great magicians.

For more information or to purchase discounted magic show tickets

Unbelievable…. It blew my mind how this could actually happen!! Worth every penny!!

The Shin Lim show at the mirage was one of the best shows I have seen in Las Vegas, and I would recommend that people of all ages see the show. Be prepared to be amazed!

What a talented magician Shim Lin is, and so is Colin Cloud. Together they truly show what magic is. I loved the show and would see it again.

Magic and comedy to break it up. One of the best shows on Broadway. I believe in magic now. Fabulous show.

We came to see this because we were so impressed with his t.v. appearances. The audience was of all ages, and everyone was excited! The interactive first act where everyone participates still has us talking. And Colin was such a humorous and amazing act in between Shin. See this show! It’s so fun!!

I thoroughly enjoyed this show… The guy is very, very good. Extremely entertaining. The highlight of our Vegas trip.

The show from the start was amazing; we are so glad this is the one show we chose to see in Vegas.