The Commodores in Concert 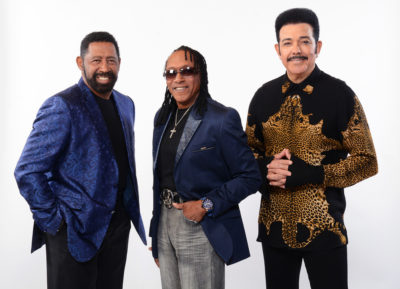 Watch The Commodores perform their greatest hits, live in Las Vegas on June 6, 2020, at The Cannery.

THE COMMODORES DESCRIPTION
The Commodores are one of the longest-running funk bands of all time, and they’re boogying down to the Cannery Las Vegas on June 20, 2020, at 8 p.m. so you can get your groove on.

The six-man group may have started in small-town Alabama, but their career took off when they auditioned for an unknown high-profile tour. Well, The Commodores booked that gig and spent two years as openers for the Jackson 5, solidifying themselves as Motown artists. They signed with the agency right after the tour and created their first Top 10 hit “Machine Gun.”

The Commodores blasted into superstardom, earning the nickname “The Black Beatles” because of their insane popularity all around the world. Their critical acclaim peaked in 1977 to 1978 when the band had three albums reach Top 3 on the pop Billboard Charts.

In 1985 they won the Grammy for “Best R&B Performance by a Duo or Group” for their soulful song “Nightshift.” The band has since re-released the single as a tribute to Michael Jackson’s passing in 2010.