If you believe it’s publicist, the Crazy Girls “No Ifs, Ands, or Butts” Statue is the most photographed sculpture in Las Vegas. It seems reasonable enough! It’s the cast-from-life bronze posteriors of the Crazy Girls, a semi-nude showgirl revue that ran in the Riviera Hotel-Casino from 1988 until 2015, then moved to the Planet Hollywood Resort & Casino, where it continues to perform today! 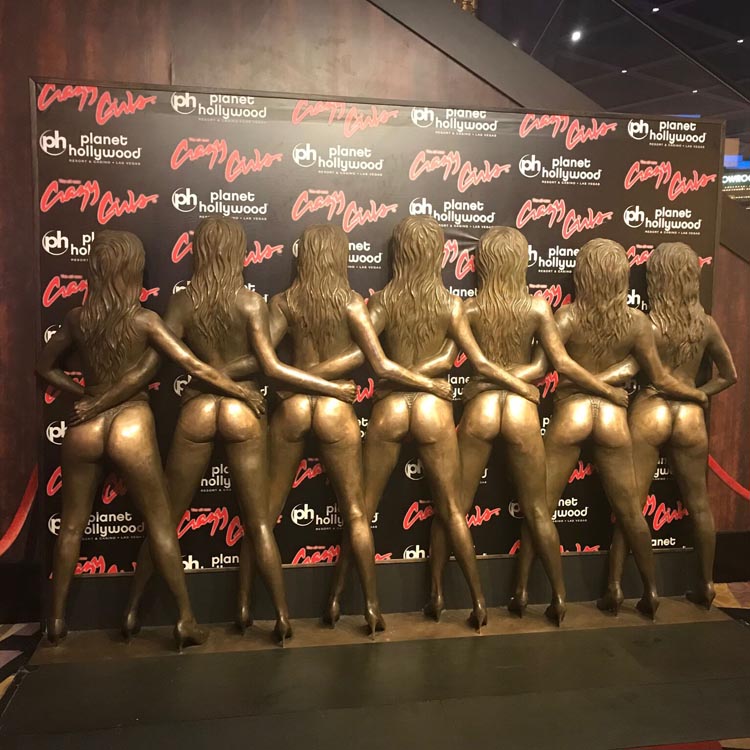 Anyone can see the bronze butts for free on the casino floor. Above it is the Crazy Girls’ slogan: “No ifs, ands, or…. (space).” Get it? The bronze butts are a must-see photo spot for tourists, many of them posing next to it as if in the lineup or while rubbing the world-famous heinies.

The Crazy Girls Sculpture was created by Michael Conine using lifecasting to make molds directly from the dancers’ bodies. It was cast in bronze by Shidoni Foundry in Santa Fe, New Mexico, and installed in front of the Riveria. It drew mixed reactions by tourists until 2015 when it was relocated to Planet Hollywood, where the long-running show currently performs.

Directions to the statue:
The statue is located on the Planet Hollywood Resort casino floor, near the loyalty club desk.