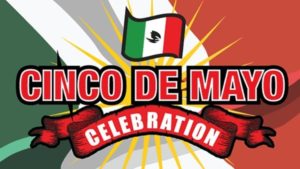 There’s no place else that fiestas on Cinco de Mayo like Las Vegas!

What is Cinco de Mayo actually a celebration of? Well, first, although regularly confused with Mexican Independence Day, that isn’t what Cinco de Mayo is about. Mexico declared independence on September 16th, 1810. On May 5th, 1862, Mexican troops beat the French during Puebla’s famous Battle, defending that hard-won independence. And for that reason, the 5th of May (el Cinco de Mayo)  marks a historic day of Mexican solidarity and patriotism – which ultimately turned into a day to throw a giantly huge party! And trust us, Las Vegas knows how to party on Cinco de Mayo! 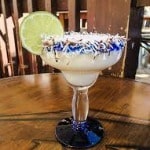 If you’re looking for the best places to “eat the worm” on this magnificent Mexican day of remembrance, well, you gotta go to one or more of the fabulous Mexican drinking and eating spots in Las Vegas, and there are many to choose from. From! From margaritas to mezcal, you’ve come to the right place to get your “borracho” going in the right direction! Some of the tastiest margaritas to be had on the Strip are at Carlos ‘n Charlie’s in the Flamingo Hotel and El Segundo Sol at Fashion Show. Both have outdoor patios, which is where you’ll want to be at this time of the year in Las Vegas when the weather is absolute perfection. If your fiesta-ing has taken you downtown, then there’s one standout that needs no introduction to locals, and that’s Nacho Daddy. Located at Fourth and Fremont, this Vegas-born favorite is home to gourmet nachos, award-winning margaritas, and, if you’re brave enough, the original scorpion shot!

All that drinking and partying is going to make you hungry. And we know just where to go when that happens! For amazing homemade tamales, you can’t find a better place to get ’em than Doña Maria’s Tamales Restaurant. This wonderful family-owned restaurant has been serving up its famous tamales and authentic Mexican fare in Las Vegas since 1980. The original location is downtown on Las Vegas Boulevard, and there’s a second one in Summerlin. Dining at Doña Maria’s is like going to your Abuela’s house for dinner — everything tastes fresh and homemade. Another worthy mention for great Mexican eats in Las Vegas is Hussong’s Cantina, with two locations: The Shoppes at Mandalay Bay and the other in Summerlin’s Boca Park. Hailing from its 125-year-old namesake cantina in Ensenada, Mexico, where the margarita is said to have been invented in 1941 by a bartender named Don Carlos Orozco, Hussong’s is not just popular for its authentic Mexican fare and atmosphere (complete with roaming mariachis). Still, it has gained a sizable fan base of locals and tourists who go there for its extensive and widely-praised vegan menu.

Now, if you’re looking for the whole enchilada on your Las Vegas Cinco de Mayo escapade, you can’t beat taking a spin on the High Roller Observation Wheel at The LINQ. Hop into one of the special “Happy Half-Hour” pods for a private open-bar on this highly-Instagrammable, picturesque ride, and for the more daring, you can prove just how badass you are by taking a trip down the Fly Linq Zipline!

Finally, if you’ve got enough tequila left in your tank after a full day of Cinco de Mayo-ing, why not let the hilarious comics at L.A. Comedy Club at the STRAT tickle your funny bone? Tickets are just $19.98 with our BOGO offer that you can get right here! While you’re there, you can test your nerves on the thrill rides up top! If you’ve got the courage, that is! And if there’s still enough tequila in your tank to stay out a little later, the Ladies of Fantasy will be Cinco-ing it up with a special themed show at 10:30 pm over at the Luxor!